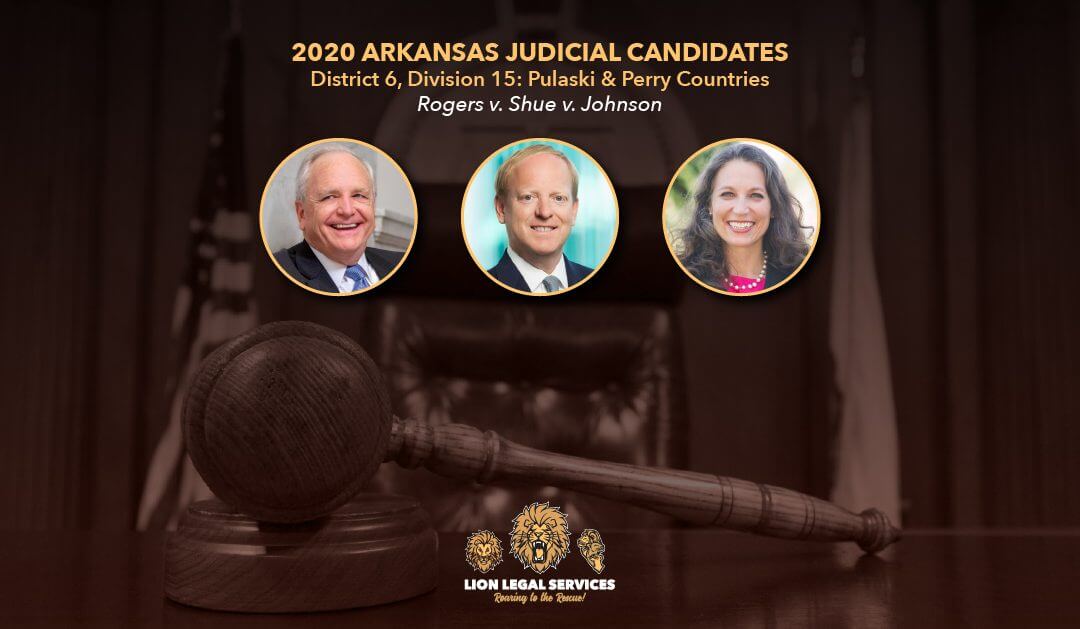 Who’ll be your judge? It’s up to you!

Judges are elected in Arkansas, so the choice of who will sit on the bench in your district is up to you. Judicial elections are non-partisan and candidates cannot publicly say if they are Democrat or Republican. So how will you make your choice?

This blog series is intended to introduce you to each candidate as you decide which ones deserve your vote! The decisions we make as voters have a lasting impact on our lives—these judges make decisions about criminal issues, family issues, & your disputes with your neighbor. Don’t take that responsibility lightly.

Lion Legal Services asked all of the candidates the same questions and limited the answers to 100 words. We formatted the Q&A here for readability, but we did not make any changes in content. The responses are verbatim from the candidates themselves.

Over the next several weeks, we will share profiles of each judicial candidate in Central Arkansas.

Lion Legal Services is not endorsing or analyzing or comparing these candidates. We are simply giving you an opportunity to get to know them and their judicial philosophies, in their own words. 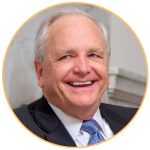 Please provide a short statement of your biographical information.
Gary Rogers has served as both judge and Family Law attorney in our community and works with the Dover Dixon & Horne law firm in Little Rock. A native of Arkansas, Gary attended UCA where he played collegiate baseball. Gary married his wife, Mala, 35 years ago. She has been a career school teacher with the North Little Rock Public School system, and their family includes two children, their spouses, and four grandchildren.

What makes you uniquely qualified for this position?
This particular position is expected to be a Family Law Court, which includes divorces, custody, and family-oriented legal disputes including grandparent visitation. Gary Rogers understands how to listen to both sides because he served as District Judge for 21 years. Most important to this position is his expertise in Family Law. He was selected in both 2017 and 2019 the Pulaski County’s “Family Lawyer of the Year,” following a selection process by the Best Lawyers rating group.

What is your general judicial philosophy? What policy change would you advocate for in our judicial system?
Gary believes there is a very strong connection between Family Law and our community’s educational system. His wife, Mala, devotes her entire career to public school teaching in North Little Rock. As a result, Gary understands how Family Law matters often leave behind the interests of children, including educational needs.

Family Law Attorney Judson Kidd describes Gary’s judicial philosophy as: “Attorneys want a judge who seeks the truth and one who is not afraid to hold people accountable. This is especially true when the fighting parents use children against one another in a divorce dispute. Gary won’t stand for that sort of behavior, and I’m strongly urging all my clients, friends, and family to vote for Gary.”

Arkansas has the lowest number of attorneys per capita of any state in the nation & a very low median income, meaning traditional legal services are unaffordable for many Arkansans. What individual, practical steps will you take in your courtroom to increase meaningful access to the justice system if you are elected?
Gary served as District Judge for 21 years. District Court is the place where most people encounter the justice system for traffic matters, domestic relations crimes, and many other non-felony crimes and civil disputes. Gary knows a Judge needs to be creative in how to serve their constituency. For example, as District Judge, Gary held night court in order to accommodate the schedules of working families. As Family Law Judge, Gary understands the strong correlation between Family Law and the quality of our community public schools. Gary brings not only expertise in Family Law but also a lifelong passion for education to this position. 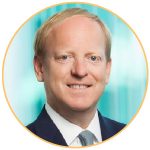 Please provide a short statement of your biographical information.
I am a lifelong resident of Pulaski County. I was a deputy prosecutor here for 10 years, was then named as Director of the Medicaid Fraud Control Unit and Deputy Attorney General by Attorney General Dustin McDaniel and served in that capacity for 6 years. In 2013, the legislature created the Office of Medicaid Inspector General and Governor Mike Beebe appointed me as the 1st Inspector General and charged me with starting the new state agency. I served under Governor Asa Hutchinson in that role as well until 2015 when I joined Wright, Lindsey, and Jennings as Of Counsel concentrating on a health care and government relations practice. I began my own firm, Shue Law Firm, in 2017. My wife, Amanda, a realtor for the Charlotte John Company, and I have 3 boys and we attend Pulaski Heights United Methodist Church. I tutor at Wakefield Elementary and enjoy sports.

What makes you uniquely qualified for this position?
A combination of my legal experience and public service is what distinguishes me from my peers and makes me the best qualified to serve as Circuit Judge. In my 23 years as a practicing attorney, I have tried hundreds of cases, representing the State, individuals and companies, as a prosecutor, defense attorney, civil litigator, and advocate in family law matters. In that time, I have gained the perspective of all parties in litigation and understand the importance of having a fair judge who hears all sides of an issue, gives everyone their day in court and applies the law. A judge is a publicly elected official with the responsibility to the parties and our community. With more than 18 years representing the State, I am uniquely qualified to understand the special additional responsibility of serving my fellow citizens.

What is your general judicial philosophy? What policy change would you advocate for in our judicial system?
As a judge, I commit to being fair, impartial and applying the law. Additionally, I think it is important that access to the judicial system should be available to everyone: equal protection, equal access and the fair application of justice. In the past and currently, I spend part of my practice devoting time to individuals who can not afford representation.

Arkansas has the lowest number of attorneys per capita of any state in the nation & a very low median income, meaning traditional legal services are unaffordable for many Arkansans. What individual, practical steps will you take in your courtroom to increase meaningful access to the justice system if you are elected?
Pro Bono work, representing individuals who cannot easily afford representation, is a hallmark of the privilege of being an attorney and advocate for others. In private practice over the last several years, I have given my time to represent individuals without the ability to pay for representation: a mother who had her children taken from her, persons who can’t get a job because of crimes committed in their past, young people who are not able to resolve legal disputes in order to provide shelter and food for themselves. With almost two decades of a public service attorney (Medicaid Inspector General, Director of Medicaid Fraud Unit, and Prosecutor), every day was spent representing the citizens of Arkansas and providing access and justice to the legal system. 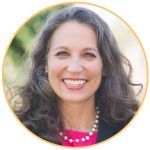 Please provide a short statement of your biographical information.
I am a lifelong Arkansan with broad legal experience in both the public and private sectors, having represented clients ranging from large hospital systems to low-income individuals. Throughout my career, I’ve held volunteer leadership roles with more than a dozen organizations that promote equity and justice, including Harmony Health Clinic. I’m a single mom of three school-age girls.

I currently serve as the Director of the Arkansas Access to Justice Commission and Foundation, a role that I have held for more than ten years.
I am a graduate of Hendrix College and the UA Little Rock Bowen School of Law.

What makes you uniquely qualified for this position?
My experience is informed, in significant part, by the perspective of everyday Arkansans who go to court—often without a lawyer—to try to solve problems that are highly stressful for them and their families. I’ve spent more than ten years working with judges, court staff, attorneys, and those who are representing themselves to improve how the system works for everyone, and I’ve helped write court rules that make legal representation more affordable. These experiences, in addition to the cases I have handled as an attorney, give me a well-rounded perspective on how best to ensure justice in my court.

What is your general judicial philosophy? What policy change would you advocate for in our judicial system?
I believe that it is the principal role of judges to apply the law as it is written. If elected, I would abide by principles of statutory interpretation that defer to legislative intent and judicial precedent, deviating only when necessary to address obvious ambiguity or conflict with other controlling law.

I would support the following improvements to our judicial system: (1) minimizing conflict, especially in family law cases, through greater use of mediation; (2) expansion of problem-solving, trauma-informed courts; (3) comprehensive training on implicit bias; (4) correction of practices that trap nonviolent offenders in cycles of debt and incarceration.

Arkansas has the lowest number of attorneys per capita of any state in the nation & a very low median income, meaning traditional legal services are unaffordable for many Arkansans. What individual, practical steps will you take in your courtroom to increase meaningful access to the justice system if you are elected?
Steps I would take include (1) encouraging the practice of “limited scope representation,” which allows clients with simple legal issues to hire attorneys at affordable prices to draft documents and coach them through cases; (2) making plain language information about common court procedures available to litigants, including materials in other languages; (3) using technology to more efficiently manage cases when it comes to calendaring hearings, reminding litigants about key deadlines, preparing standard orders, and similar tasks; and (4) creating a courtroom atmosphere where all litigants have the opportunity to provide facts and evidence needed for a decision on the merits.