What is a free consultation?   •   Do you really need a lawyer?

Administrative Agencies are part of the Executive Branch under the control of the Governor.

There are many, many agencies that folks don’t even think about until they are faced with an issue with that agency.

If we don’t like the decision of the Agency investigators, then we can appeal to have a full hearing in front of that agency, heard by the Administrative Law Judge for that Agency.

If we don’t agree with the decision of the ALJ, we can appeal to Circuit Court.

Some examples of Administrative Agencies are below – there are hundreds of agencies!

Lion Legal handles all administrative agency issues such as but not limited to the following:

All agencies have an internal process to review issues, sort of like court but the deciding person is called an Administrative Law Judge. We gather evidence and put on the case, just like we would in a courtroom.

How much do administrative hearings and appeals cost?

Depending on the complexity, the initial fee may increase – the consultation is free and we will determine and agree on a reasonable fee before you hire us. There are no blank checks here.

Most cases are not complex, though and the fee is $2500. This fee includes everything – beginning to end – preparing for and attending the contested hearing in front of the ALJ.

Our flat fees for administrative issues are reduced by 1/3, if it’s related to a criminal matter which you’ve also hired Lion Legal Services.

If we don’t like the decision and we want to appeal, an additional fee will be assessed for the appeal to Circuit Court.

The consultation is free and we will determine and agree on a flat fee before you hire us. There are no blank checks! 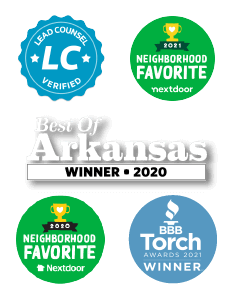 Thank you for visiting the Web site of Lion Legal Services. This site is for informational purposes only. None of the information is intended to, nor does, constitute legal advice or the formation of an attorney-client relationship.

The information is not guaranteed to be correct, complete, or current. You should not act or rely on any information at this Web site without seeking the advice of an attorney.

This Web site contains links to other resources on the Internet. The links are not intended to state or imply that Lion Legal Services sponsors or is affiliated or associated in any way with the information at those other Web sites.