Off To The (Judicial) Races! 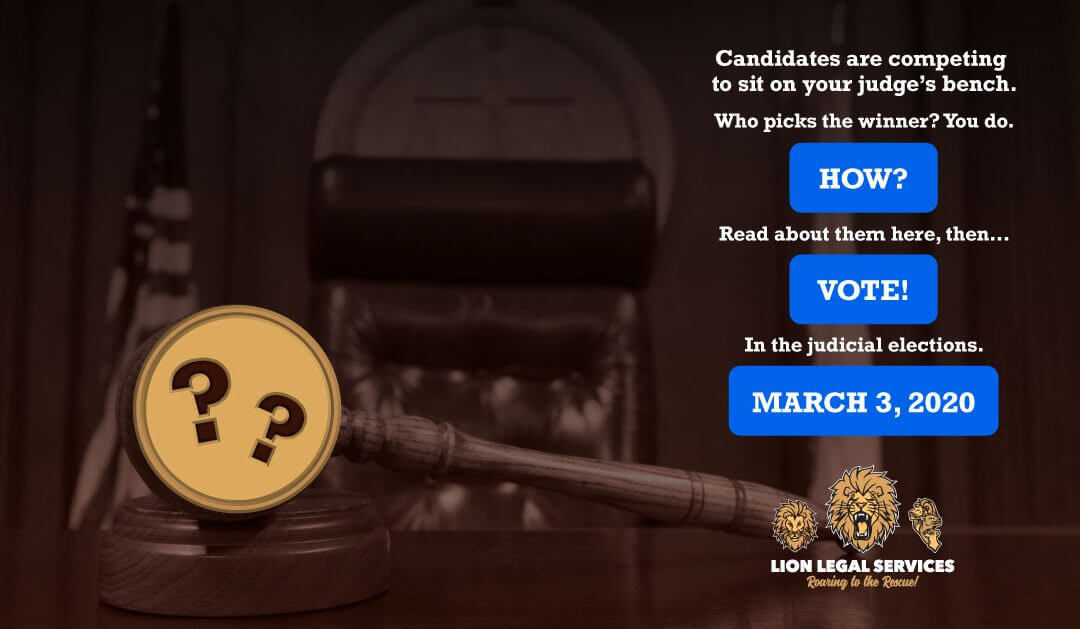 Scroll Down For Candidate Responses

One of the biggest debates in the political community is whether judges should be elected or appointed.

Electing folks inherently creates loyalty to supporters – this makes electing judges difficult & different from electing legislators or senators because judges are supposed to be impartial (not loyal to a cause or people). Do elections create judicial politicians? Or ensure accountability to the public?

Appointing judges doesn’t fix the problem, just dresses it up in different clothes – Does appointing them encourage “behind closed doors” deals and handshakes to garner an appointment? No matter how judges end up on the bench, the folks in front of them always wonder to whom their loyalties lie.

Good or bad, like it or not, Judges in Arkansas are elected & non-partisan – meaning they can’t publicly say if they are Democrat or Republican and they can’t allow the parties to endorse them.

Judges sit for a term of 6 years, but once elected are very hard to un-seat. In Arkansas, judges can remain on the bench past 70 years old, but they forfeit their retirement. Practically, this creates an age limit – one that many current judges have reached & creating over 250 contested judicial races across the state.

Judicial Elections are March 3, 2020. If any one candidate does not receive a majority of the vote, there will be a run-off for that seat on November 2, 2020. Winning candidates take the bench January 2, 2021.

This blog series is intended to introduce you to each candidate as you decide which ones deserve your support…and vote! The decisions we make as voters have lasting impact on our lives – these judges make decisions about criminal issues, family issues, & your disputes with your neighbor. Don’t take your responsibility lightly.

We posed the exact same questions to all the candidates (and imposed a 100-word limit on responses!) Over the next several weeks, we will share profiles of each judicial candidate in Central Arkansas. Lion Legal Services is not endorsing or analyzing or comparing these candidates; we areSimply to get to know them and their judicial philosophies, we asked: