What is Burden of Proof, and Why Does it Matter? 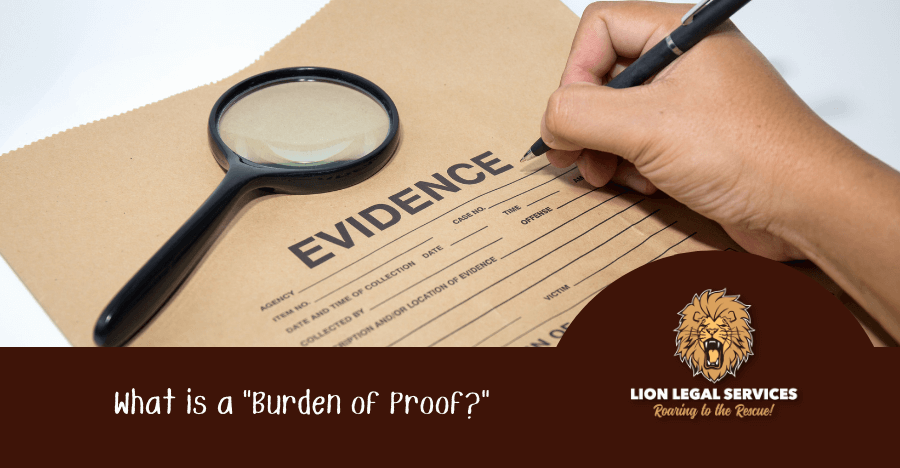 What is a “Burden of Proof” and why does it matter?

Every legal case has its own standard that guides a judge or jury in deciding who wins a case. This standard is called the “burden of proof.” Think of it as the level of and type of evidence required to win a case. There are three burdens of proof in our justice system.

Burden of Proof in Most Civil Cases – Preponderance of the Evidence

A civil case is brought by one individual against another individual. For example, two people make a written contract for Person A to paint Person B’s house for $1,000. Person A paints the house, but person B doesn’t pay, and Person A sues for payment under the contract.

Burden of Proof in Some Civil Cases – Clear and Convincing Evidence

Burden of Proof in Criminal Cases – Beyond a Reasonable Doubt

Criminal cases are those in which the government accuses an individual of breaking a law, and in which the person may be sentenced to imprisonment or receive other penalties. The accused is presumed innocent unless the government proves his guilt beyond a reasonable doubt. This burden of proof is the highest penalty imposed in our justice system. Note that some doubt is allowed but reasonable doubt is satisfied if the judge or jury has “an abiding conviction of the truth of the charge.” Another way to think of it is a “near certainty.”

Why Does the Burden of Proof Matter?